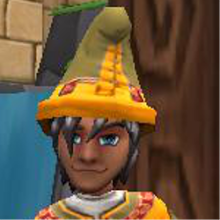 Hey-o everybody!  John Lifeglen/Eccentric Austin Ornsley here.  I just thought with the cat out of the bag and the big announcement made I would take a minute to say just a little bit about what you can expect from me personally in terms of Spiral Radio 101.

I’m going to continue contributing content whenever and however I can to make this show just as useful and informative as both of its predecessors.  In theory, that means I’ll be finding a niche to answer questions.  No, Through the Eyes of a Sorcerer is not going away.  It will likely remain in its current state of slumber until something big and controversial gets me all kinds of riled up.  Cross posting is messy and usually frowned upon, so you won’t likely see the exact same post made (short of a big community party announcement!) in both locations.

Steve has mentioned some streaming opportunities, and I would love to show you all what I’ve been playing!  Assuming I can get my settings right to stream DC Universe Online, Star Trek Online, Rift, Neverwinter, or League of Legends, you can hopefully see me playing those.  Due to a super wonky work schedule I make no promises as to how often or how long, but my “shift” so to speak will most likely occur during the wee hours of the morning as I’m winding down from a long day.

Now that work has been mentioned, I wanted to fill in everyone on my absence.  I’m still very much here and involved in the community, just from a slightly more behind-the-scenes angle than I’m used to.  I’m incredibly grateful to Steve and Christina for allowing me to stay on helping with shownotes and content generation, because letting go by force thanks to the real world wasn’t something I was ready to do.  When time allows, I’ll attempt to schedule my 30 minute break at work around the show so I can at least pop in and say hello.

I think that’s about all I had to say.  If anyone has any questions for me personally, comment on this post and I’ll get back to you as soon as possible!

One thought on “What Next?”