It really was inevitable, friends.  The time has come for me to discuss my first foray into MMORPG gaming.  In a way, I owe Runescape a lot. Without it, I don’t know if I would have tried any other online games or simply gone back to Pokemon.  For those of you who are unaware, Runescape is a browser based MMORPG.  There are no classes, races, or professions; it is entirely open ended. You are a human in a time where the gods have returned to the land, often learning about intricate lore and trying to discern your place while trying not to be killed by angering the wrong one.

Hey gang, sorry about the unannounced (and unexpected) hiatus.  It’s been a while, eh?  The good news is I’m back and better than ever.  I thought we’d kick off the first time back with a fun little take on holiday events in MMOs. I’m breaking down my game experiences with holiday events by game, leading up to the one game that I don’t think can be topped in terms of stellar events, and then I’ll let you use the comments to share some of your experiences!  Expect to hear more about the grandfather of good holiday events in a coming installment.

After running Power Core last night in DCUO, I’ve had a lot rattling around in my brain.  When that kind of thing happens, I like to take up the virtual pen and write about it, letting you all know what’s up and what I’m thinking about.  As such, this week’s What’s In a Game? segment will revolve around a topic that isn’t a new game.  Today we’re talking about Exploits. 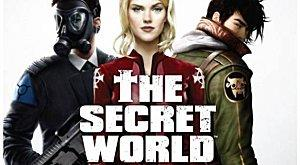 This week on What’s In a Game, join me on a journey to learn what people are trying to say (and see how people really sound) when they call a game a “WoW Clone”. You’ll also see why I think calling a game a WoW Clone is disrespectful and more than a bit ignorant.  Things may get a bit bumpy, but just ride it out and hopefully we’ll all make it to the end.  Fair warning, there are a lot of games mentioned that I’m not going into detail over (because I haven’t played some of them, but primarily because this isn’t the place) but I will still provide ESRB ratings.

Some of you might have heard of Defense of the Ancients (DOTA) – a mod for Warcraft III that essentially fathered all modern MOBAs (Multiplayer Online Battle Arenas). This week on What’s In a Game?, I explore what is arguably the most well-known of the MOBAs spawned from DOTA’s popularity. League of Legends.