Over the weekend Chris, John, Tracy, myself, and some other friends have been playing some Guild Wars 2 this past weekend. Screenshots after the jump! 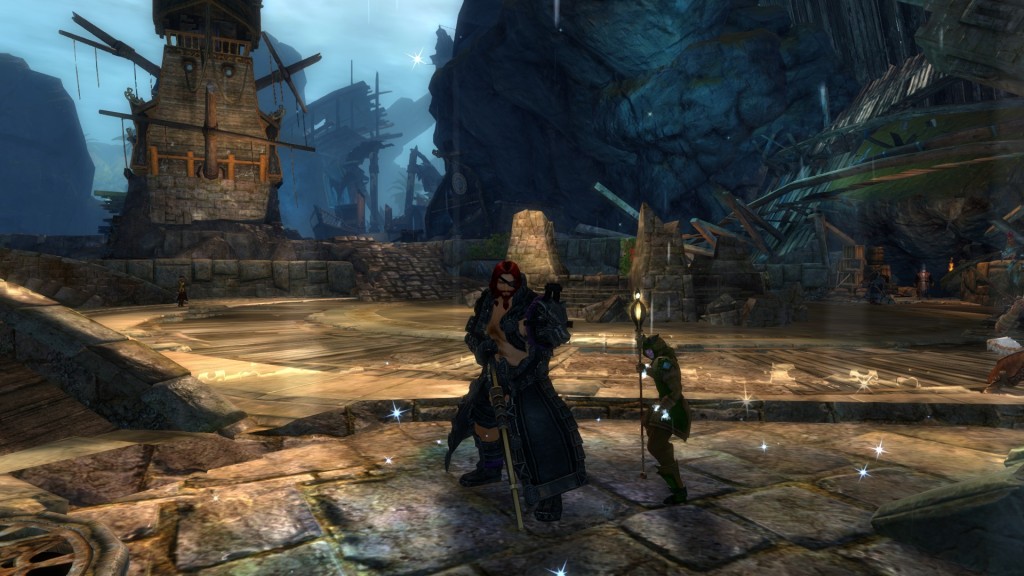 You’ll notice a theme in these pictures – everyone else plays a Sylvari (a kind of organic/plant-based life form), whereas I play a big, Nordic-inspired oaf called a Norn. That’s John’s Elementalist (a kind of spellcaster that wields magic from all four elemental families) next to my Norn Engineer. 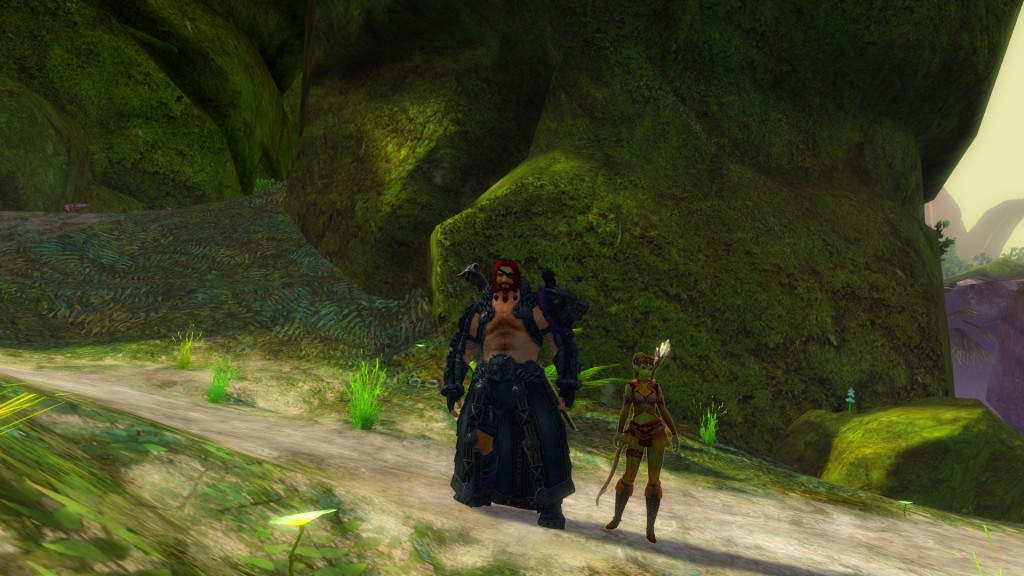 Another Sylvari and another Elementalist, this screenshot was taken just after Tracy dyed her gear from a rather bland gray to an autumn-themed orange, brown, and yellow. If you look carefully, you’ll notice my Norn’s colors are black and purple. 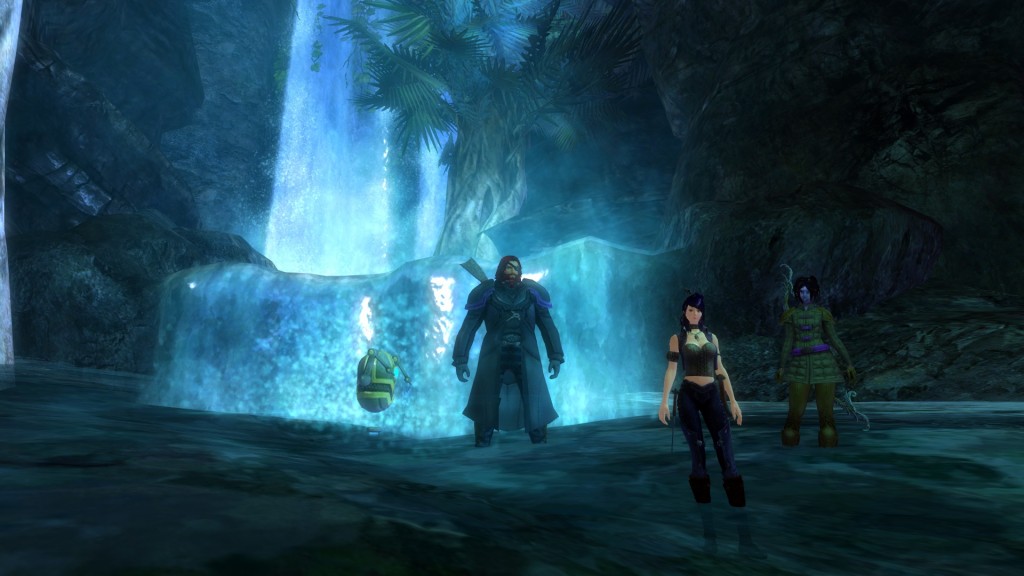 This is a slightly older screenshot with my Norn on the left, Chris’ Sylvari Ranger (a ranged fighter that uses bows and has a pet – Christina’s is a dog named Bobsley), and friend-of-the-show Brian’s Human Thief in front. Matchlock, my Norn, has a much less…Norn-like outfit going in this one.