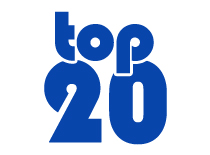 I noticed I’ve been throwing around the phrase, “This is one of my Top 20 games of all time,” around a lot lately, and it occurred to me that I haven’t really thought about that list in a long time. Maybe it’s time to revisit it. So, in alphabetical order, my (extraordinarily self-indulgent) Top 20 Video Games of All Time:

(Note: I’ve included the platforms on which I played the game, but many of these are available on other platforms as well.)

Baldur’s Gate II: Shadows of Amn (PC) – Arguably the greatest of the isometric D&D adventure RPGs, BG2 was a tremendous game on its own merits, but where it elevated well above others like it was its captivating story. I’ve played through the game, including all side quests and expansions, three times; by my rough estimate that’s close to 200 hours spent playing this game. I haven’t played the recently released Enhanced Edition yet for fear of becoming hooked into that world once again.

Batman: Arkham Asylum (PC) – Batman done right. This is the best superhero game out there, bar none. Fighting as Batman is wonderfully visceral and satisfying, while playing Batman the detective is a treat for the mind. With a great story and a supporting cast of all the worst Gotham City has to offer, I highly recommend checking it out.

Civilization V (PC) – I can’t say enough good things about this game. For fans of the genre, it’s just a tour de force. Even if you’ve never played a Civ game before, if you are a fan of strategy games, simulations, or maybe just a history buff, Civ V is for you.

Diablo III (PC) – Great character classes, superb voice acting, deliciously creepy atmosphere, and combat that’s as addictive as M&Ms, D3 is wonderful. Aside from the game being just plain fun, the loot system is really gratifying – everyone loves the sight and sound of mountains of gold and goodies showering the ground after a boss is dropped.

Elder Scrolls V: Skyrim (PC) – This is a no-brainer. Skyrim is magnificent. It’s beautiful, I mean there are times I have to stop and just spend a few minutes gazing over the landscape. The music is incredible; we use it as atmosphere music at our weekly D&D group. The gameplay is very fun and victory in combat (particularly against dragons early on) is wonderfully satisfying. You should play this game. Full stop.

Final Fantasy Tactics Advance (GBA) – I’m going to try not to list two games from the same franchise, but I’m making an exception here. I spent HOURS hovering over my Game Boy Advance playing this game, plotting out and fighting battle after battle, and experiencing the slowly developing (and, at times, a little weird) story. It’s just a great pick-up-and-put-down game.

Final Fantasy X (PS2) – I know most Final Fantasy purists look down upon this member of the family, but I loved it. It had this unique story with great characters (even if the voice actor for the protagonist was rather lame), cool settings, and an ending I felt for days after. Yes, it’s a bit grindy, and yes, it uses all the standard Final Fantasy tropes, but X will always be my favorite. I can’t wait for it to be re-released on the PC.

Guild Wars 2 (PC) – There are just so, so, so many reasons this MMO makes this list. It does absolutely so many things right and so few things wrong. My only miniscule quibbles are with the crafting system (which is far grindier than it needs to be, although you do get XP for crafting), and the cash shop (which seems a bit pricey). I wish Arena Net would do more free weekends or offer more free trials, because I’d really like to introduce every freaking MMO player in the world to this game. It’s just that fun.

HALO: ODST (360) – Highly underrated, this was the first game in the HALO franchise in which the hero wasn’t Master Chief, he was just a regular soldier. It made gameplay just deliciously strategic and cerebral; you couldn’t just charge in guns blazing because you were not this near-indestructible super soldier. This felt like HALO done film noir, dark and difficult, and it was a joy to play through.

Left 4 Dead (360) – I think my favorite things about this otherwise somewhat typical zombie shooter was the way in which the game rewarded cooperation between players against the hordes of zombies, and the cinematic nature in which everything was presented. You could imagine an audience watching as the big set pieces played out, with the survivors laying traps for the zombies and holding out against a massive onslaught until a rescue came for them.

Mario Kart 64 (N64) – This was where I fell in love with kart racing. Future versions might have been superior, but this will always be my favorite. I can’t count the nights I stayed up until all hours playing this game with four friends. So much trash talked, so many turtle shells dodged (and not dodged), and so many gleeful victories. I’ll never forget those good times, and that’s why MK64 deserves this place here.

NHL ’94 (SNES) – I know, this REALLY doesn’t seem like it fits in this list, but the Winter of 1993 was a tough one for me personally, and this game (along with the friends I played it with), really buoyed my spirits over a couple unhappy months. I think that’s above and beyond the call of duty for a video game.

Pirate101 (PC) – Exactly what I needed from KingsIsle – a slightly more grown up, edgier version of Wizard101. The combat is great fun, I love the personalities in the game, and I could sail ships about the Skyways preying on NPC fleets for hours.

Plants vs Zombies (iOS) – For my money, just the best tower defense game out there. It’s kooky and weird and more fun than it has any right to be. It’s a perfect fit for a mobile game and I haven’t found another that brings more joy than when you really have a solid defense set up and your plants are just mowing down incoming zombies. (See what I did there?)

Sims 3 (PC) – I reckon this will be replaced by Sims 4 eventually, but after a huge list of expansions, stuff packs, custom content, and mods, Sims 3 is just the most complete and plain fun life simulator out there. I’ve burned hours into Sims 3. Heck, I’ve burned generations in Sims 3, in some cases actually burning them – not a pretty sight. I even started (but, sadly, never completed) my own little film noir video series in Sims 3, which you can find on YouTube. (Someday the Dirk Stone chronicles will find their way to Sims 4 – as soon as the next expansion hits, most likely.)

Star Wars: Knights of the Old Republic (PC) – As BG2 is the best D&D video game RPG out there, KotOR is the best Star Wars video game RPG. It has an amazing story, and you can’t help but feel Star Wars when playing. I love the setting, the characters, and the great twists the player is pulled through during the adventure.

Torchlight 2 (PC) – Diablo 3 vs Torchlight 2 would be a heck of a boxing match; I reckon D3 probably eventually win by a hotly-contested split decision. Torchlight 2 does everything right: the adventure, the art, the character classes, the loot, the setting…it just doesn’t have the robust story, incredible visuals, and awesome sound D3 has. However, it does have fishing, pets (I love my gross little headcrab pet), a very forgiving inventory system, AND MOD SUPPORT. I can’t stress how valuable that is. The modding community for T2 is tremendous, providing updated visuals and sounds, new classes, new content, new loot, new pets, and…other…less savory elements. If you at all enjoyed the Diablo series, you owe it to yourself to try Torchlight 2.

World of Warcraft (PC) – You knew this was coming, right? I’ve spent more time playing WoW than any other video game on this list. I’ve played it for weeks solo and for weeks with other characters. I’ve quested, crafted, ran dungeons, raided, played the auction house, battled pets, grown vegetables, defended my keep, collected mounts, flown around Icecrown Citadel, and jumped my Mekgineer’s Chopper off the top of the Scryer’s Tower in Shattrath City Evel Kinevel-style. I don’t know what else to say about it that hasn’t already been said. As many times as I’ve walked away from this game, I always come running right back…and I’m sure I’ll do it again before long.

World of Warplanes (PC) – My favorite arcade-style WW2 flight simulator, these PvP duels in the skies have provided hours of fun, and I’m rarely happier than when I watch a valiant foe plunge into the ocean courtesy of my fighter’s machine guns. It’s easy to play and just darn fun.

So that’s it! This list changes from time to time, but for now, I think this is about where my top 20 stands.