There was A LOT of good cosplay on display at Magic City Comic Con in Miami last week. I took a lot of pictures and wanted to share some of my favorites with you all…

I’ll start with the cute. This very young version of Harley Quinn was riding along in a little pull-along wagon thing her parents were driving. Totes. Adorbs. 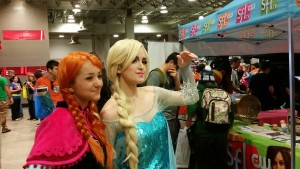 And characters from Frozen because, you know, who doesn’t like Frozen?

This guy had the raddest Destiny costume I’d ever seen. He’d even rigged up this wire thing so it looked like his Ghost was floating about his shoulder.

This guy actually shaved Aang’s trademark head-tattoo-thing INTO HIS HAIR! Now THAT is commitment! 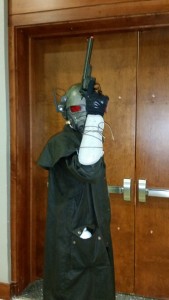 I’m not sure where this guy was from, but he looked like someone from Fallout 3, and I dig that game.

Attack on Titan was VERY big in cosplay at MCCC – here are two of the many members of the Survey Corps representing.

And, finally, Ezio Auditore da Firenze of Assassin’s Creed fame. This guy even had those fierce wrist snap-blades.

Go check out your local comic convention! Cosplay is so much fun, and these guys were having as much fun mugging for the camera as I was snapping pictures of them. 🙂

One thought on “Magic City Comic Con in Pictures!”