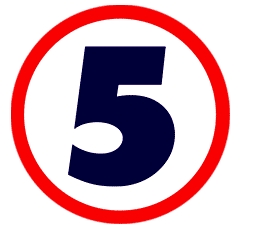 So I got tagged in the infamous Five Things meme, so here we go…

1. My first experience with podcasting came on a weekly World of Warcraft show called ‘The Grind’ which began recording in 2008. It was a four-person podcast with two players from the US and two from England. I got the hiccups halfway through the first episode (probably from nerves) and hiccupped my way through the rest of the episode.

2. I have a tattoo on the inside of my right ankle. It’s an Arizona Diamondbacks logo that I got in 2001 after the Diamondbacks won the World Series. I’m not as devoted a baseball fan as I was back then, but I still really enjoy the atmosphere of a live baseball game – there’s really nothing quite like taking in a ball game at a major league stadium.

3. In an act of rebellion during my late teens, I shaved two horizontal stripes into my hair on each side. My parents were mortified and took away the keys to my car until it grew back in. Thankfully, no pictures exist of this hairstyle. This wasn’t the end of my experimenting with unusual hairstyles. In 1996, I attempted to dye my dark brown hair blonde – it came out an awful kind of rust color. Again, mercifully no photos exist of this. I’m really glad mobile phones with cameras hadn’t been invented during the late 90s.

4. I was a tournament-level Bridge player, having competed in and won numerous duplicate Bridge tournaments throughout southern Arizona. I played on a ‘Swiss Team’ with my mother, father, and good friend Brian in 1994 in the Arizona ACBL Under 100 Swiss Team tournament (that’s master points, not years of age) and placed second. I haven’t played in a formal competition since the late 1990s, but still play socially with my extended family (and I like to think I still have some skills).

5. I started playing video games at 7 years of age on my Uncle Andy’s Magnavox Odyssey2, and have been playing to some degree ever since. The most effective weapon in my parents’ disciplinary arsenal was always to take away the video game console. In all my 36 years playing video games, my favorite game of all time is the 2000 fantasy RPG epic, Baldur’s Gate II: Shadows of Amn. BG2 is a Dungeons & Dragons-based fantasy role-playing game with a mesmerizing page-turner of a story, deep and well-voiced characters with captivating interaction between the protagonist, his party, and NPCs, and the game really holds to both the source material of the D&D world and the D&D ruleset. I’ve put more time into BG2 than any other single-player game, having played through the entire campaign four times.

(For the record, the most time I’ve put into a multiplayer game would be World of Warcraft, in which I’ve played my main character for more than 800 hours. I’ve probably put nearly twice that into my legions of alts.)

3 thoughts on “The Five Things”