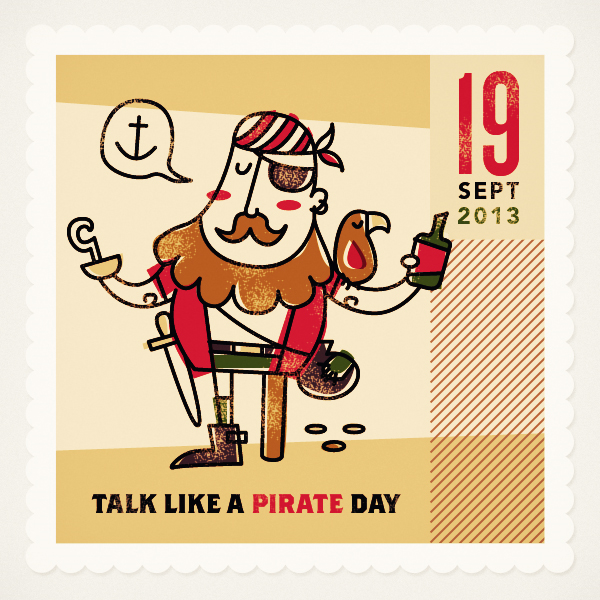 It’s September 2019, 2014, known by Pirates and Buccaneer-enthusiasts everywhere as TALK LIKE A PIRATE DAY! It’s a day we encourage liberally sprinkling, “YAR!” and “Matey!” and references to plank walking throughout your conversation…and we’ll make it worth your while to do so…

It’s pretty easy just to toss around a few “Yo-ho-ho’s” in your daily chatter, but taking a quote from classic literature and translating that into the tongue of Boochbeard…that’s something else. Consider the following line from the 1958 David Seville epic poem, Witch Doctor:

I told the Witch Doctor I was in love with you

I told the Witch Doctor you didn’t love me true

Powerful stuff, right? So let’s see you translate that into Pirate! Send an e-mail to spiralradio101@gmail.com with the subject TLAP CONTEST and give us your best translation of those two lines! Along with nearly every other fan site out there, we’re gonna give away a whole mess of stuff to some of our favorites – here’s how it will break down:

Be sure and get your entry in by 12:01AM Central on Wednesday, September 24! Be sure to include your Pirate101 name! We’ll announce winners that night on Spiral Radio101 (recording live at 8:45pm Central right here at spiralradio101.com).

Make sure to check out all of the Pirate101 official fansites today and get in on all the Talk Like a Pirate Day festivities! By which I mean Crown-earning opportunities. GOOD LUCK! YARRRR!!!