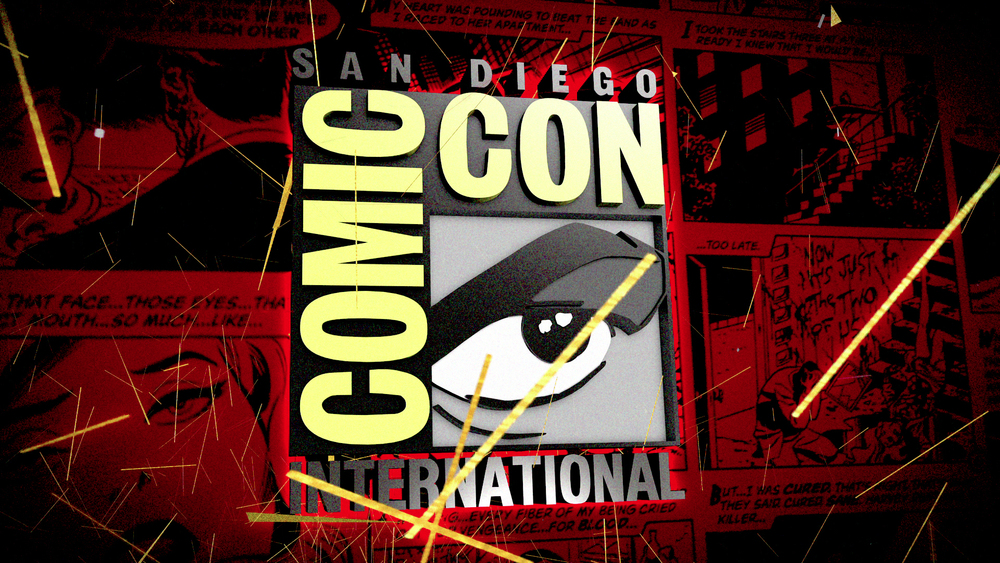 With the granddaddy of all comic conventions, San Diego Comic Con International, just days away, and Christina and I fixing to make our first appearance as panelists at the Tampa Bay Comic Con (August 1-3, tickets are still available!), I felt some con survival tips would be a good idea.

I’ve been to conventions as press, as a paying customer, and, after August 1, as a panelist. I’ve been to cons on the East coast, cons on the West, and a couple in-between. There are a few simple guidelines I’ve learned over time that I have found make a conventioning experience so much more enjoyable:

1) Schedule Your Time. Invariably you will have schedule conflicts at con. John Barrowman will be presenting at the same time as a totally cool sounding Steampunk Costuming panel, or Stan Lee is presenting at the same time as the entire cast of Star Trek: The Next Generation. Prioritize and schedule well in advance, particularly for celebrity panels. That Stan Lee panel is going to have a line and you’ll want to get in it at least 30 minutes early. Video game demos can be even worse. A developer might bring a dozen PCs running their new hotness with a thousand gamers clamoring to play. I’ve heard reports of people spending more than three hours in line just to spend 15 minutes with a new, unreleased video game.

Be sure to schedule meal times and plenty of vendor floor time as well. I can spend hours upon hours upon days on the vendor floor, so be sure you set aside some time for that. Fortunately, most conventions make a .PDF version of their schedule (or, in some cases, a smartphone app) available well in advance so you can make your plan of attack before even setting foot in the facility.

2) Bring (Some) Food. While a few cons won’t even permit an outside pack of gum, most will let you in with sealed bottles of water or small snacks. Snack bars at conventions are outrageously expensive. You can expect to spend $10 for a mediocre hot dog, a tiny bag of chips, and a small soda. I like to bring some peanuts, maybe some M&Ms, or some pretzels along with a big bottle of water.

However, save a little room for at least one con snack, particularly if you’re visiting another part of the country. I never would have discovered the wonder and magic that are empañadas if I hadn’t saved a lunch at Miami Supercon in 2013. Also, garlic knots. Mmmmm…such carbs, much garlic butter.

3) Respect the Cosplayer! This is a pet peeve of mine. Cosplayers are my favorite kind of con attendees. They’ve got the guts and talent to fully embrace their geek in the most public of fashions, and some of them look AMAZING. Even the ones that just wear a ‘Steve’ head and carry around a diamond pickaxe rock out loud. So here are my two rules about Cosplayers:

Best cosplayer I’ve ever seen? A Mom about my age fully decked out as Captain America – she just nailed it. She was Cap, and it was awesome. She was pushing around a toddler in a stroller who wore a Nick Fury eyepatch and scar. That’s Mom Hall of Fame material right there. 🙂

4) Bring a bag. Odds on you will wind up purchasing something at the convention. Maybe just a button or a comic book or a patch or some little doodad, but it’s nearly impossible to leave the vendor floor without picking up a little memento of the con (more on the vendor floor later). Carrying those things around by hand for the entire convention is just asking to leave the item somewhere, drop it, spill Diet Pepsi on it, or, worse, have it stolen. I usually bring a fair-sized canvas messenger bag, which you can buy at a second-hand store or on Amazon for $10-$20. In a pinch you could use a backpack, but they’re a little ungainly.

While we’re on the subject of bags, pack a charger for your phone. Chances are you’ll be snapping pictures, texting, talking, tweeting, facebooking, and tearing up all forms of social media. A quick 20 minute charging session during some downtime will stand you in good stead.

5) BUDGET! The vendor floor. ‘Tis a magical place, full of the choicest geekery one could hope for. Aside from the obvious comic books, there are buttons, patches, toys, books, signed photos, framed prints, tee shirts (which is my personal weakness), board games, card games, commissioned artwork, memorabillia, and so, so, so much more. Decide how much you can spend well in advance, and then add a bit on top of that. Withdraw that in cash and leave your plastic at home.

Alright, I’ll be honest, this is all but impossible. I’ve never been successful at this budgeting thing. There is always, always, always some item I didn’t know I had to have, but there it is just the same. At Phoenix Comic Con in 2014 it was this awesome Steampunk bowler hat; at Miami SuperCon 2013 it was this totally righteous (and exhorbitantly priced) set of gaming headphones for my PC. I guess the realistic advice here is to use your best judgment and know when to walk away. If possible, make your purchases on the last day of con – sometimes smaller vendors will lower prices or be willing to take a few dollars off if you’ve got cash in hand.

6) The unwritten rule…how can I put this gently? As wizards and pirates of (at least somewhat) civil manners, this is already our nature, but I come across it multiple times at EVERY convention. For the love of all that is holy embrace the shower. I can’t understand how some people (men and women) feel like coming to con reeking of Eau de Rotten Cheese Avec Gym Sock is acceptable. Should you come across this individual (and you will), hold your breath and back away slowly.

So that’s it! Seek out your local (or at least somewhat nearby) comic, game, science fiction, anime, or just geek convention and see what they have to offer. It’s a great place to people watch, spend money on awesome swag (and maybe pick up some for free), and just embrace all things geek. As a parting shot, KingsIsle often hosts a booth at PAX East in Boston, and meeting those guys is a huge treat.

How about you? Ever been to a “geek convention”? Which one? Got any tips of your own to share? Leave them in comments!

(I’ll be writing another post aimed at con parenting in the not-too-distant future. I hope you all will check that out too.)