I wanted to show a quick little series of screencaps I shot this weekend while playing Guns of Icarus with my good friend Nico. I’ll keep the commentary short and sweet, I promise. 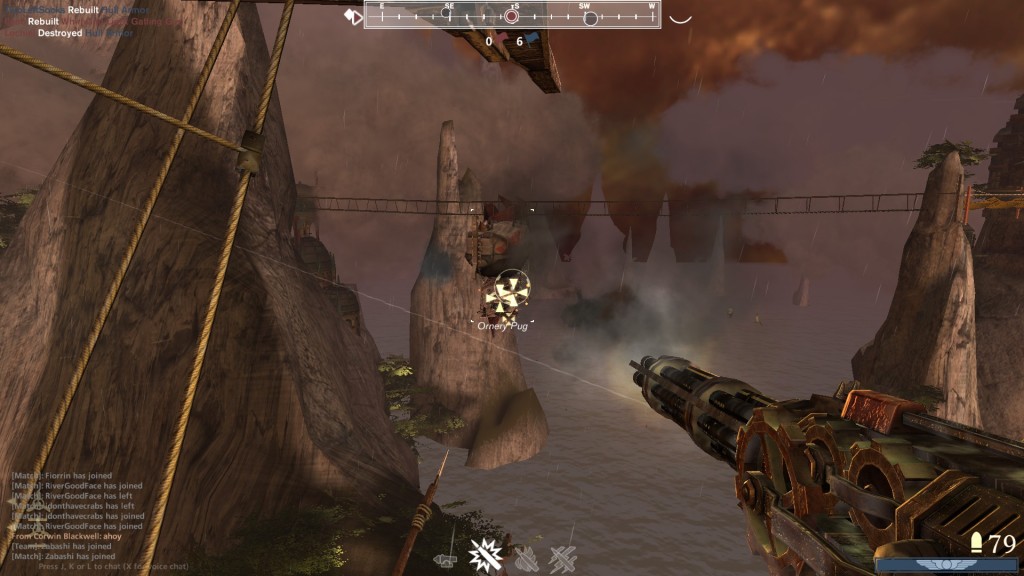 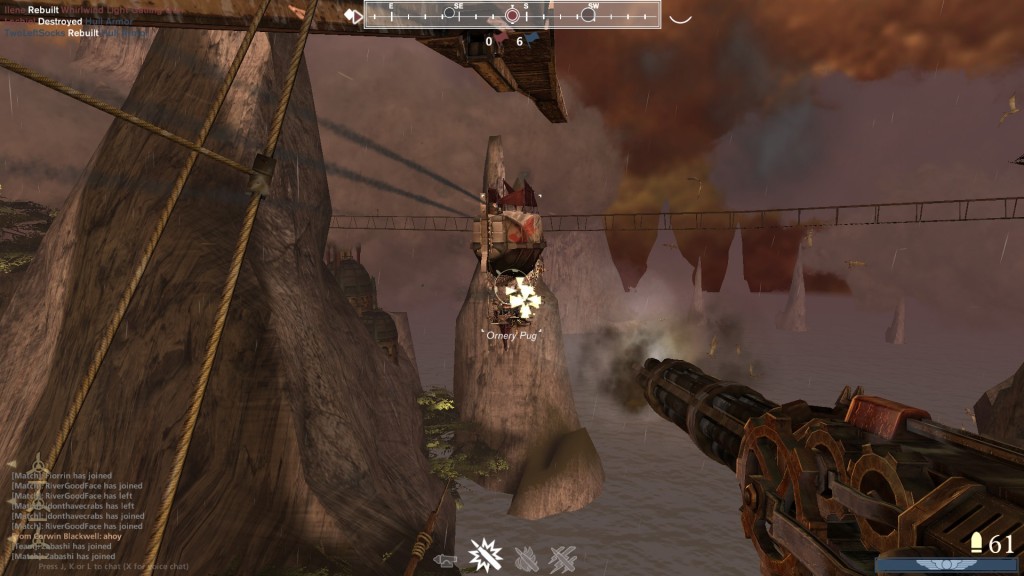 The Pug is taking some big hits. Notice the smoke trails coming from the upper left side of the screen? Those are explosive rounds from a Scylla Double-Barreled Mortar Cannon. That’s gonna hurt… 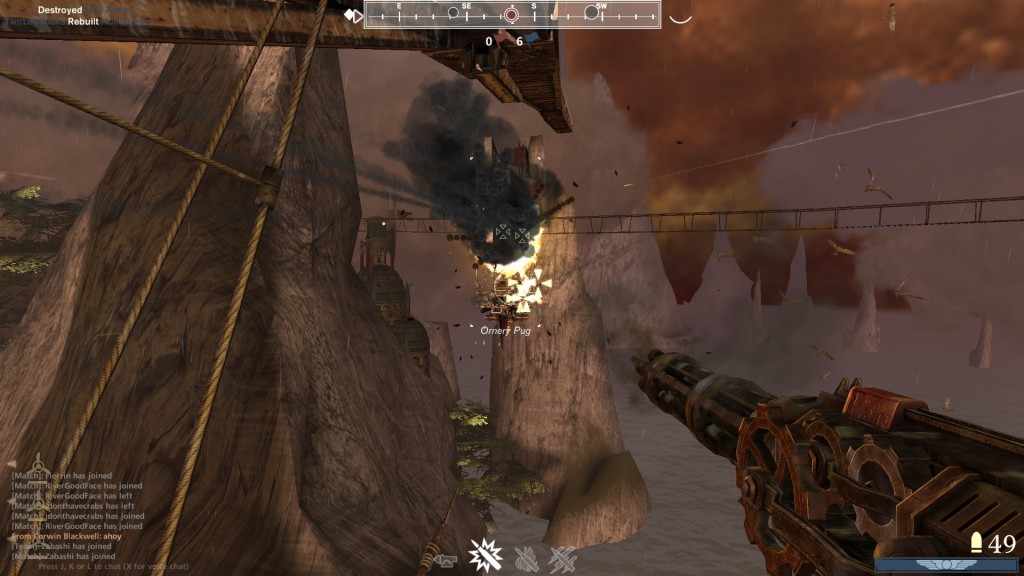 The end is nigh for the Pug. We’ve got a number of secondary explosions going on, and it was just a few seconds after that the ship was destroyed – score one for our team. This kill scored the win for our side as we absolutely crushed our opponents 7-0.

(Have I mentioned that I love this game and it’s available on Steam for $5? I have? Oh…boy is my face red…) 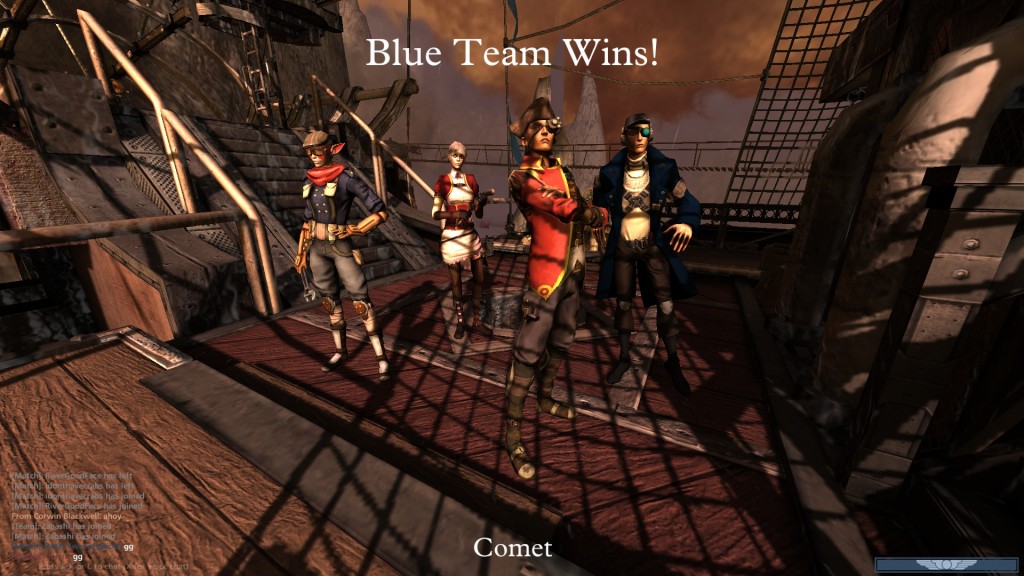 And finally, a vanity shot of the winning crew of the Comet. There’s a lot of character customization available, as you can see. My character is on the right with the gray cap, green steampunk eyepatch, and blue coat.