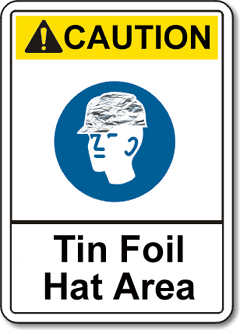 Do you all remember when Pirate101 was announced? Aside from the fact that KingsIsle dropped some knowledge about this awesome new game we’d be playing a few months down the line, they confessed that our KI gaming didn’t stop with Pirates. Oh no, there are multiple other game concepts in the hopper, a couple different MMORPG worlds looking for heroes.

I say it’s time to don our tin foil hats, light some creative fires, and think about exactly what the heck they were talking about…The jump from Wizards to Pirates is pretty easy to see. They both walk in similar circles along with quasi-heroic figures like Ninjas, Vikings, Androids or, if you’re a Stephenie Meyer enthusiast, Vampires. You could expand that a little and include Spies, Monster Hunters (think Mulder and Scully from The X-Files or Sam and Dean from Supernatural), or Aliens. My point is there’s A LOT of food on that table. Deciding what family-friendly meals we’d all enjoy dining on – therein lies the rub.

With that, my top five options for KingsIsle Game the Third:

5) Vikings: We already have a great deal of lore and geography in place with Grizzleheim and Wintertusk, including various character races and classes. There’s a tremendous amount of stories to be told in those worlds, all full of heroes facing immeasurable odds as they save their people. Vikings could include more robust crafting and a more active combat system, which would follow what appears to be KI’s current development path – their games grow up as their primary player base ages as well.

4) Superheroes: There’s such a tremendous buzz about superheroes right now. Games like DCUO and Champions Online offer a way to scratch that superhero itch, but KI could do it in their own family-friendly way. This could be the first game to move out of the Spiral into a different world – perhaps one more akin to our own. It could offer a vast amount of customization, both cosmetically and through the myriad powers superheroes possess. While it sounds like a heck of a lot of fun to me, this would be a lot more difficult to run as it would all but require three-dimensional movement – superheroes (at least some of them) gotta fly.

3) Science Fiction: Adventuring in the Final Frontier is awesome. Spaceships and super-advanced technology and aliens and galaxies far, far away? Yes, please, take my money. Again, we move away from the Spiral, but there is truly an infinite amount of story to tell with an immeasurable amount of potential futures to explore. Oh! I got it! Pirate101…IN SPACE! (Copyright 2014 Spiritcaller Studios. All Rights Reserved. Contact spiralradio101@gmail.com for more information) 😉

2) Supernatural: Think Men In Black or the television show Supernatural. Your character is one of a special few that is aware that we live in a world with monsters and aliens and all nature of things that go bump in the night, and it’s up to you to protect everyone else from those beasties. I could get into that.

1) MOBA: Lots of game studios are producing Multiplayer Online Battle Arenas these days, hoping to dip into some of that League of Legends cash flow. DOTA II from Steam is going strong, and Heroes of the Storm from Blizzard is fixing to go into beta. You could even make the argument that World of Tanks/World of Warplanes and Warthunder are in that same circle. With PvP being such a huge draw in Wizard101, it stands to reason that KI could produce a more active and exciting MOBA that would be both really fun AND family-friendly.

Alright, I’ve had my say. How about you? Pop on your own tin foil hat and leave a comment with your idea! I look forward to hearing your predictions.

(Note: These are Stephen’s uninformed predictions only. We have no official, semi-official, or completely unofficial information to support them.)