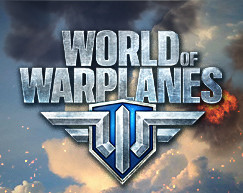 THIS POST HAS NOTHING TO DO WITH KI GAMES! FAIR WARNING! 😉

I come by my fascination with mid-20th century fighters and bombers honest. My Dad, an Air Force pilot for 20+ years, loved World War II planes and there was always a television show or movie on in my household with American fighters wreaking havoc on their Japanese counterparts (gotta love Hollywood). And that’s why World of Warplanes grabbed my attention.

At its core, World of Warplanes is a MOBA (Multiplayer Online Battle Arena) in which teams of mid-20th century aircraft do battle with one another. The controls are simple. As you can see above, it’s easy to pick up the basics, and after a brief tutorial just about anyone is ready to give a live battle a go. When you first start the game, you’re issued a Tier 1 (think of it as first level) fighter from each of the major air powers; it’s like having a first-level character of each school of magic to test out and then deciding which ones you want to advance.

Aircraft come in three types: Fighters, Heavy Fighters, and Ground Attack Craft. There are also planes from every major air power that was active in the second World War (Germany, Russia, Japan, the United Kingdom, and the United States). Thankfully, the game sets up even teams disregarding the nationalities of the planes themselves – often my British heavy fighter will be flying alongside a Japanese fighter.

As you complete battles, your plane gains experience and you earn cash which allows you to research and purchase upgrades to your plane, or research new planes entirely. Think of it as the Wizard101 equivalent of getting new gear or advancing levels. Upgrades could include a larger engine, more powerful guns, or a stronger airframe.

I’m a bit all over the place discussing the game, I know, but it really is because I’m just so darned excited about it. The game is free and it’s completely possible to play and succeed without ever paying a dime. While you can spend money on it, you never have to.

Where does this game start to fall short? Some of the combat, while the physics are realistic, does become a bit “arcade-y”. This can be frustrating for folks who aren’t used to the requirements of fast reactions and snap decision-making; I’m pretty used to them and it’s still somewhat frustrating at times. The game is also very straightforward; there is no crafting system, no pet games, no questing – there’s just air-to-air and air-to-ground combat. You could research other kinds of planes and fly them, but that’s as varied as the game gets. As for the community, it’s only beginning to form. So far, so good, but we’ll have to keep our eyes on them.

Would I recommend it? Absolutely. Is it a replacement for Wizard101 or Pirate101 or whatever your MMO of choice is? Not a chance in the world. It is a fantastic palette cleanser, however, and I’m a big advocate of mixing things up every once in a while – every pirate or wizard needs to kick back and put his feet up.

The game is currently in beta, but will be “officially released” on November 12 in the US. If you’re interested in giving it a shot (heh – see what I did there?), Jeff and I are in game frequently. Add us as Contacts, if you like – my account name is spiritcaller, his is Kraeg.

As a parting shot, a couple valuable links for World of Warplanes:

RocketBrainSurgeon’s Blog – Once you’ve got the basics down, this is the guy to talk to. His intermediate and advanced strategies are incredibly helpful. The videos on his blog are interesting and contain no adult language.

World of Warplanes is rated T for Teens by the ESRB. It contains some mild violence (planes shooting one another down, planes blowing up, ground targets being bombed, etc.) If you’re under 18, you might want to check with your folks before takeoff.

(o7 is a World of Warplanes emoticon indicating a salute – how cool is that?!)