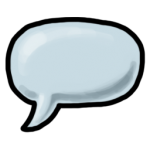 We got a great e-mail from Seth Shadowcloud with his ideas on just why Ambrose expelled Morganthe from Ravenwood. It’s a fascinating (and very plausible) explanation on just what might’ve happened to earn the black spot. I definitely recommend checking it out right after the jump…

I think the reason Ambrose expelled her is a combination of things. First, Morganthe and her brother Sir Mallory created the plot to overthrow Artorius. Morganthe was also caught by “Gamma” reading a tome of Forbidden Knowledge in Ambrose’s study, removing the protective wards that he had put on it in order to study the Horned Crown further in order to use it better if Malory’s plan failed. She also almost destroyed Wizard City/Ravenwood using Astral magic (stopped by Malistaire and Sylvia Drake). When she got expelled she traveled to Khrysalis and was taken in by the Arachna (a warrior race) and trained to use Shadow Magic by them.

On Ambrose’s side though this was during a time where he was still young and foolish when trying to teach Morganthe. Instead of teaching her compassion and mercy and embracing her curiosity and thirst/lust for knowledge, he pretty much left her to her own devices and tried to turn her into a miniature version of himself (that last part is a stretch I know). He thought that what worked for him would work for her, but he was wrong. He obviously didn’t want to expel her but he saw no other option to help her at the time. Not only that but Shadow magic is an ancient art long forgotten by many at the time. I assume that the potential for Shadow magic being used for less destructive purposes was never fully explored at the time either, so no one really thought that it could be used for something other than destruction and chaos.

So yeah, in conclusion both Morganthe and Ambrose made their fair share of mistakes in their youth. Morganthe was young, stubborn, ambitious and curious, but she had good intentions and thought that using the Froudlings magic in the form of the Horned Crown that she could save Avalon and not hurt anyone. Ambrose was also stubborn and too stuck in his ways to be flexible in his teaching ways with Morganthe. Morganthe even proved the destructive potential of Astral magic in almost destroying Ravenwood, while we prove that Shadow magic has creative potential and not just destructive as so many originally thought it was. It’s not the magic itself, it’s the wielder and how they use it.

One thought on “Tin-Foil Hat – On Morganthe’s Expulsion”