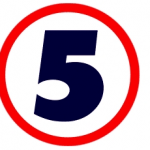 This is one of my favorite posts to do every year. Not only do I love statistics and graphs, I love what they tell us about our community and the directions in which we’re moving as gamers. Hopefully, you’ll find this fascinating as well. Otherwise this might be kind of dry and you might enjoy playing one of these games instead of reading about them.

A few data pieces before I begin. We received some entries in which people listed one game more than once, which was totally within the rules of the contest. In those situations, I only counted it as one ‘mention’ of the game.

Some game mentions were combined. For example, we received one entry for NBA 2k16 and one for NBA 2k14; I combined those in the ‘NBA 2k Series’ since the games are so similar to each other (there haven’t been any revolutionary changes in the game of basketball over the past few years). However, I did not do this for each appearance of Kingdom Hearts or Hitman, as those games are very different from one another.

We received A LOT of game mentions during this contest, and many of them only appeared once, there’s just not enough real estate on the pie to include them.

As ever, Wizard101 crushes the competition. I mean absolutely destroys it. KI’s big hitter just continues its dominance and I don’t see that changing anytime soon. However, it’s not so much the name at the top, but the movement right behind that interests me:

Another interesting chart, in my opinion, is the one you see when you remove Wizard101 and Pirate101 from the equation. The Top 10 looks a little different then: 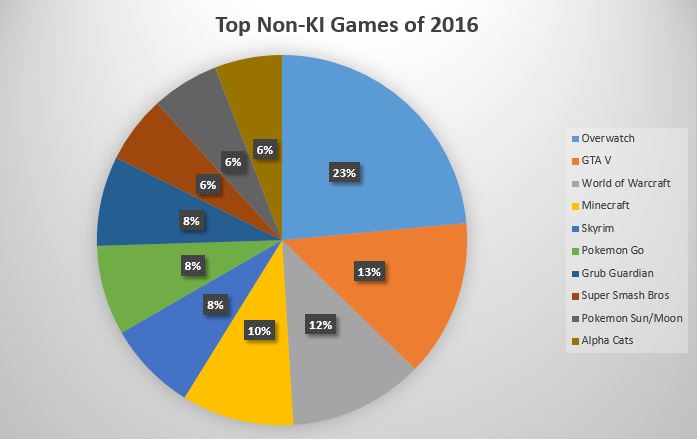 I think it’s this particular chart that is particularly interesting. Overwatch, which hasn’t even been out a year, I don’t think I can emphasize that enough, appeared in nearly one-quarter of our top five entries. If you add those entries to World of Warcraft, Blizzard Entertainment has a solid lock on over one-third of our non-KI entries (which doesn’t include the one mention that Diablo III got); that’s impressive.

The movement in the next two games on the list interests me, and I have a hypothesis. Minecraft nipped at the heels of Pirate101 in past years, but has fallen quite dramatically behind Grand Theft Auto V and World of Warcraft. Someone from KI once told me that Pirate101 was an effort at appealing to gamers who were ‘outgrowing’ Wizard101, and I think it succeeded to some extent, but as Wizard101 players grow up, the other games on their hard drives are growing up with them while games like Minecraft, which held great appeal to younger gamers, maybe aren’t played as much anymore.

I was really surprised that we didn’t see ANY of the big holiday releases in the Top 5’s – only one Battlefield 1 mention, no Titanfall 2, no Infinite Warfare, no Watch Dogs 2, no Dishonored 2, and no Mafia III. Some others I was surprised we didn’t see: Destiny (one mention), Tom Clancy’s The Division, Rainbow Six Siege, League of Legends (one mention), and NOT A SINGLE TEAM FORTRESS 2??? Also, no Rocket League. I love me some Rocket League.

Thanks for indulging me in my armchair analysis of this past contest. It’s always going to be my favorite and I’m really looking forward to next year.