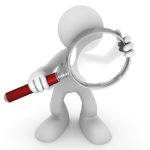 It’s been quite some time since we’ve posted anything…like ANYTHING at all. I have to claim much of the responsibility for that. While we’ve had a number of really fun streamed community events and given away some really fun prizes, it’s been too long since we’ve had posts and/or podcasts out. So I wanted to talk a little bit about what’s going on and what our plans are for the immediate future.

(And if you just want the contest info, skip all the way to the bottom – I won’t be offended…much.)

As many of you all know, Christina is approaching the completion of her post-graduate degree. Some of you all have probably completed a master’s degree and know just how stressful and work intensive this can be. Unfortunately, it also means her time for fun hobbies like podcasting is limited. That means the lion’s share of the work end of producing the podcast falls to me. It’s a job I’m happy to do, but as soon as my life gets busy or distractions come my way, things grind to a halt.

While time has been an issue for both of us, the biggest problem has been technical. For years now, Chris and I have used Skype for communication and a third-party program called Powergramo to record those conversations in separate audio tracks. It was wonderfully easy to use and created a relatively high-quality recording. After Skype’s update last year, Powergramo was no longer compatible. I was able to get around this for a while by using an older version. The Microsoft stepped into the picture.

Two months ago Microsoft decided users of the older version of Skype would update whether we liked it or not. It was simply not possible to use an older version as MS would just force it to update every time you launched the program. The makers of Powergramo are not at all interested in creating a new version nor supporting their product. Since then we tried another Skype recording application called Pamela, which was functional but the audio recorded was absolutely wretched.

For the time being, then, our solution is for each of us to record ourselves. Chris transfers her audio file to me and I sync them prior to editing, normalizing, mixing, sweetening, and rendering a new audio file. It’s a much longer and more frustrating process.

We’re going to experiment with some other possibilities in the near future. There are some other Voice-Over-IP options we’ll be trying including Ventrilo and Discord. My hope is that one of these will be the magic solution that gets us back to a much smoother way of recording and producing podcasts.

I just received the audio for episode 63.5 today (those audio files get kind of large and I had to find a good, mutually accessible spot for us to store them), so I should be able to edit and have those posted within the next 24 hours. Episode 64, our dead show in which we’ll spend most of our time speculating about Mirage, should (*crosses fingers*) be available by the end of the week, even if it does wind up being just me babbling on about it. 😉

In the meantime, I apologize for these delays. I can’t tell you how much we appreciate your continued support and how good it is to see all of you in our chat room or joining us for streamed events. We really are trying to lick this thing – hopefully we’ll get it taken care of sooner rather than later.

Here’s the TL;DR – time and technical issues have really plagued us these past few months, and we’re doing our best to overcome both. We’ll try to keep you posted on how we’re doing and continue to produce Spiral Radio101 to the best of our ability.

Hey, did you make it this far? GREAT! Let’s get to the fun part! We’ve got A TON of stuff to give away – our last few streams have been very Pirate101 heavy, so let’s get back to the Wizarding side of the Spiral. Send us an e-mail to spiralradio101@gmail.com ASAP and use the subject COSTUME CONTEST. Let us know what changes you make to your wizard’s outfit for Halloween. Do you dye things orange and black? Do you switch mounts? Wands? Hats? Or maybe nothing at all (that would be me). Starting October 26, 2016 I’m going to pull two entries at random EVERY DAY through November 1, 2016. Each of those entrants will win ONE prize from the following list:

This starts TOMORROW!!! Get your entry in ASAP to give yourself the most chances of winning. Good luck and Happy Halloween!

* We had a question in comments that I wanted to quickly address. Just one entry per person – we want to be able to spread prizes around to as many people as possible!