Better late, than never, especially when we’re talking about winning a contest and taking home some Crowns! Prizes are sent out to our winners, and the list is waiting for you juuuust after the jump…

If you’ll recall, we asked contest entrants to tell us which school they would remove from the Ravenwood Academy and why. We picked nine answers at random, and each of those folks took home a prize code for 1500 Crowns. Congrats to…

The entry that really knocked us out of the park belonged to Sean B. We hope you like it as much as we did:

The first thing we learn about Wizard101 is that there are seven schools. Three elemental schools, three spirit schools, and the school of balance that sits in between. We’ve come to accept this as the norm of the game. But what if that all changed?

What if a school had to go?

If I was left with the task of eliminating one of the seven schools I would pick….storm. 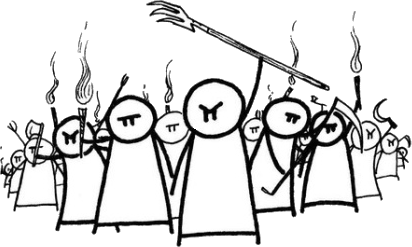 ​Wait! Put the pitchforks down and hear me out.

Storm is known by many as the “damage school.” It’s top dog of the hammer spot, and it leaves little room for anyone else to attack.

The school of purple and yellow has become a Godzilla of the spiral. Chomping its way through the worlds and leaving devastation in it’s wake. 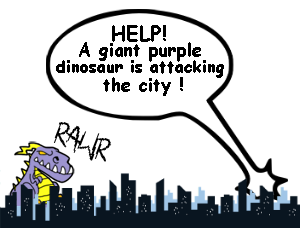 ​Storm can be fun to play, and convenient to have on your team to quickly dominate a boss fight. Throw out a few traps, put on a few blades, cast a bugs spell and BOOM poor old Malistaire is nothing more than a whimpering heap on the floor.

But what if another person wants to be the hitter and they aren’t storm?

Even if you have the best pet, the best gear, the best wand, even the best socks, your chances of showing what you can do is slim to none when a storm is around (even if their stats aren’t as great as yours).

Check many of the boss guides for W101 and they feature a storm hitter. While they try to give you other options for defeating the boss using other schools, storm is always the highlight.

Getting rid of storm would change that.

There wouldn’t be a Godzilla anymore. Smaller (and much friendlier) dinosaurs like Barney and the characters from Land Before Time would finally be able to come out of hiding.

You would be able to feel like your fire, death, life, myth, ice, and balance actually stand a chance at being a hitter for your group.

It would also force players to come up with new strategies and new ways to quick farm.

Let’s shake up the game dynamic a bit shall we? Let’s add some spice to the dry and stale group setup that we’ve become accustomed to.

Even though storm is a great school it can also be a big gluttonous monster that eats everything and leaves very little for anyone else.

In the end, the school of lightning would never be forgotten. Every time we quickly finish a boss or cast a powerful attack we’ll remember the passionate and unpredictable storm.

And that was our winner of 10,000 Crowns and an Astral Unicorn Mount. Congratulations, Sean!

Incidentally, if you’re curious how things broke down (I definitely was), here are those results:

…and no one wanted to get rid of Life. 😉 Thanks to everyone who entered!