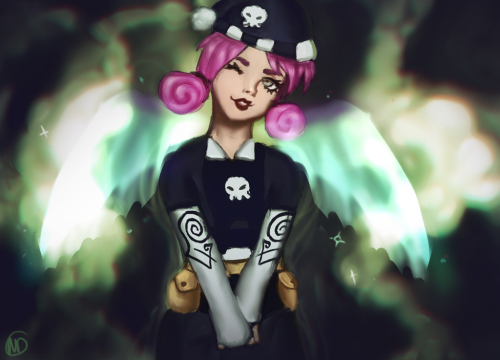 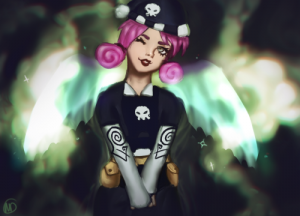 As we close in on the first anniversary of Leesha Darkheart (better known to the Internet as Leala Turkey) at KingsIsle as Associate Community Manager for Wizard101 and Pirate101, I find myself looking back at all she has done for the Wizard101 community as a player, a podcaster, and a CM. And, as oft happens when I find myself reflecting, I put virtual pen to virtual paper. That’s just how I roll.

In 2009, I hosted a very hardcore World of Warcraft podcast called Inside Azeroth. I was the ‘voice of reason’ in a cast that included David Sanna, who is as fiery and as salty a son of a gun as one can find on the Internet. I love him dearly, but the man is more than “a pistol”; the man is a thermonuclear bomb. We invited Leala, who had spent her own share of time playing in and podcasting about World of Warcraft, and, as the topic of discussion turned to innovation in MMORPGs, David (loudly) challenged Leala to name one game that was truly innovating in MMO space. Staring him right back in a manner few people have, she boldly declared, “Wizard101.” In the interest of bringing peace to the show, I announced I would try Wizard101 and report back.

Leala was an apostle for Wizard long before I even knew about the game. I wasn’t the only person who started a wizard and went poking around Unicorn Way after that show. She and I traded a lot of e-mail after that podcast about Wizard; most often I was looking for answers about the game. Six years ago she showed me what an absolutely enchanting and surprisingly deep game Wizard101 was, and two months later we recorded the first episode of Ravenwood Radio.

At the risk of sounding self-important, Ravenwood Radio was a watershed moment for the KI community. It was the first podcast devoted solely to Wizard101, recorded and hosted by two experienced podcasters. We blew up. For the first 30 episodes, the Ravenwood Radio live chat room would often eclipse 100 members (by comparison, the average episode of SR101 in 2015 hosts a chat room between 15-20). RR spawned a number of other community podcasts and encouraged dozens of new bloggers, many of whom are still going strong today. While I may have had something to do with the show, Leala did ALL the heavy lifting during those days. It’s fair to say that RR probably would not have taken off how it did without her at the helm.

A year ago, Leala took on the mantle of Professor Greyrose, assuming her current position as Associate Community Manager working alongside he who shalt be called Friendly. Her position is one fraught with peril, with disgruntled players lurking in every mailbox, forum, and corridor of social media. Many are the ‘You’re a terrible CM because…’, and too few are the ‘You’re an awesome CM, thanks.’ Under her stewardship, we’ve been introduced to KI Live, a bi-weekly streaming session featuring both Friendly and Leala. KI Live is not only a lot of fun, but encourages viewer participation in game.

Enjoy the fishing tournaments? That’s Leala. How do you feel about winning contests, particularly the sheer volume of goodies we’re able to give away as fansites? Leala.

That’s pretty great, sure, but you want to know what separates her from the pack? She SHOWS UP. I see her in game, talking to players, attending in-game events (both official KI events and unofficial ones launched by fansites), or just questing and having a good time. She stops by the Spiral Radio101 live show frequently, supporting us as podcasters, answering a question or three from the chat room, and just being there. In the four years I podcasted on WoW, I never had any sort of personal contact with any of the CMs. Not once.

It’s hard to believe it’s been a whole year since Leala was officially announced as the new Professor Greyrose. As a fansite owner, it’s been nothing but a pleasure working with her. As a KingsIsle enthusiast, I’ve appreciated her commitment to making the Spiral a better place to play and a better community in which to live. As a friend, I love seeing Leesha D. pop up on my Friend’s List when I’m in game. Fist-bumps to KI for hiring exactly the right person, and for not having a dress code restricting wildly colored hair, because it’s kind of great.

I wrote this so everyone would know how much I respect, how much I appreciate, and just how fond I am of Leala. You’re an awesome CM, partner, thanks.